This year at Exposure we’ve been running a new project known as ‘I’m Inspired’ that gives young people the chance to find and interview a professional in their local area about their work.

The project has involved bringing teenagers and students — some shy, some not so shy — to radio stations, open-plan corporate offices, theatres, newsrooms, and community centres around north London.

Many of our interviewees, especially in the creative sectors, downplayed the importance of qualifications. It’s more about your portfolio than any certificates you’ve got, said a graphic designer. We don’t require qualifications to work here, just drive and initiative, said a radio producer. I’d hire someone with experience and the right attitude over someone else with a three-year degree, said a news editor.

Sobering thoughts for young people (and their parents) contemplating the costs of a university education. But, for those who do go on to study full time, it’s a useful reminder to get as much practical experience as possible along the way: write for the student paper, create a podcast, start a business. 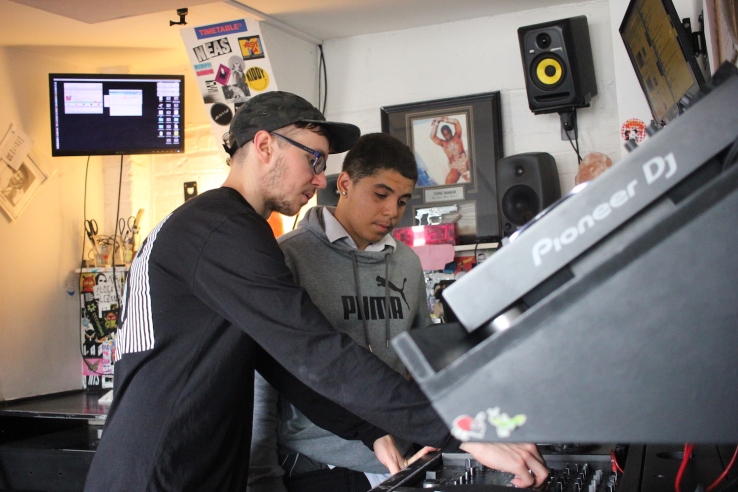 My favourite bit of advice was from Sian, who is acting commissioning editor at Take A Break magazine. Her own story demonstrates the power of never taking ‘no’ for an answer:

“I’m from Yorkshire and when we were all asked when we were younger what we wanted to do, and I said I want to write for a magazine in London, everybody said “that’s ridiculous”. Barnsley is half a world away, so even going to London for the day was unheard of. You were expected to live, work, stay in Barnsley.

But I didn’t want to do that.

When it came to work experience, the choices were go to the local Asda or Tesco and that was it! I really wanted to go to a newspaper office. [At school] they said I couldn’t do that, it’s not realistic. So I rang up the Chronicle [local newspaper] myself and arranged it — they had to let me go in after that!

…People can always say no. Keep going. It doesn’t matter how long it takes, what background you’re from or how silly people think it is. Don’t let anyone tell you you aren’t able to do it because that’s what people said to me.”

Read/watch the articles and video interviews produced by young people in Barnet: