Social enterprises have great stories. So why do they so often struggle to tell them?

One-fifth of social enterprises in the UK say they’re not good at marketing, branding and PR; more than half consider themselves average at best. Among small charities, the picture looks similar: over 40% say they need upskilling in external communication.

This isn’t very surprising. Communication is not necessarily prioritised among the operational stuff; it’s often considered something anyone can do, and so not worth much investment in specialists.

Freelancing means being your own accountant, new business department, admin assistant, facilities manager and boss all in one day, alongside doing the work you’re actually qualified to do. So you need all the help you can get, and ideally without forking out each time. Every freelancer has their own mix of resources — here’s what works for me: 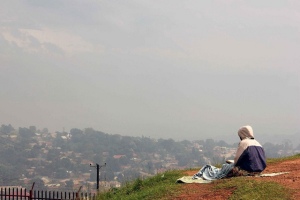 I’m back in Uganda, this time with funding from One World Media, researching a story about refugee businesses.

Here’s the premise: 86% of the world’s refugees are in developing countries. Uganda, a relatively stable nation in a rocky region is now home to over half a million people seeking refuge from South Sudan, Somalia, Burundi, Rwanda, and the Democratic Republic of Congo. It now hosts the third largest refugee population in Africa.

But what makes Uganda intriguing is its unusually open door policy: all refugees are granted freedom of movement and the right to work; in rural areas they get allocated their own plot of land. So while most countries try to contain refugees in designated zones set apart from cities and towns, and to stop them from competing with locals for jobs, in Uganda refugees can (and do) become traders, workers, employers, entrepreneurs.

Indeed, an Oxford University research project in the country in 2014 found that 60% of refugees were self-employed, 39% employed – and only 1% not working at all.  END_OF_DOCUMENT_TOKEN_TO_BE_REPLACED 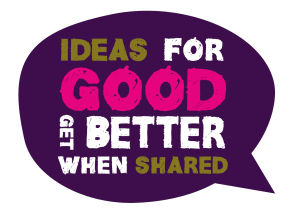 It’s Responsible Business Week in the UK, which aims to get all sorts of enterprises to share what they’re doing, and all of us to demonstrate how we’re working together “for a fairer society and a more sustainable future.”

As blog editor at London’s newest Impact Hub in Brixton, I’ve persuaded three of our members doing business differently to take time out of changing the world to explain what goes on behind the scenes.

The bizarre and wonderful Wakaliwood is making ripples around the world.

The morning we visited the “studio” of Uganda’s homegrown action movie industry, the team was expecting a group of French and German reporters. The story has been picked up by the BBC, VICE magazine, Al Jazeera, and national Irish television. The films have a cult following, with fans in Russia, Guatemala, China. In the rehearsal space – which doubles up as a bedroom for some of the actors and storage space for props and equipment – there’s a wall with foreign names scribbled on it.

“Are these all your visitors?”, we asked.

“No”, we were told, “just the ones we ‘killed’”. END_OF_DOCUMENT_TOKEN_TO_BE_REPLACED

My exchange partner Lorelei and I are finally finishing up our joint project, part of the Council of Europe’s work to encourage more diversity in the media.  Our full piece is coming soon; in the meantime, here’s a little preview – thanks to Iqraa (Somali) in London and Kiki (from Nigeria) in Bucharest – of what we talked about.

END_OF_DOCUMENT_TOKEN_TO_BE_REPLACED

I’ve gone from a tiny organisation – my last employer had just one part-time staff member – to a huge one: the British Council is the UK’s largest charity, works in over 100 countries, and employs some 7000 people. Another change: my stint at British Council is part of a one-year programme, run by On Purpose, that aims to ‘develop leaders’ in the social enterprise sector.

(What’s a social enterprise? Good question. Simplest of the dozens of hazy definitions: a business for social purpose – think the Big Issue magazine.)

The idea behind On Purpose is that there are loads of start-ups with noble intentions, and plenty of funding and schemes to support the entrepreneurs behind them, but a weak spot still in terms of the managers and professionals needed to keep those new businesses going. And, of course, to make those initiatives broader and better, since scaling up the successful models is one of the big challenges right now. END_OF_DOCUMENT_TOKEN_TO_BE_REPLACED

Seeing a TV set when boarding a long-distance bus in Tanzania usually made my heart sink. The music videos or the homegrown melodramas – the ones that take 10 minutes to tell you that our main character is upset, or one minute to show someone pulling into a driveway – never seemed to make those twelve-hour journeys pass more quickly.

So I understood Nes’s point, when I sat in on one of his classes in the slums of Uganda (I’ve written about that, here): be more subtle. To illustrate, the Ugandan filmmaker showed two shorts: powerful films with almost no dialogue that told a whole story without spelling it out. Western-made films, of course.

But I wonder now what he’d make of the critique, on Africa is a Country, of how the Western film industry is muscling in on (in this case) Tanzanian culture. END_OF_DOCUMENT_TOKEN_TO_BE_REPLACED